The last cards I bought fresh out of a pack are considered vintage today. Back then, parallels meant 1975 minis.

We didn’t have serial numbered cards. Rainbows were in the sky not a parallel card set. It was a simpler time.

The concept isn’t new. Topps put current and former players on a 1975 design before (one of the better renditions was 2011 Lineage): 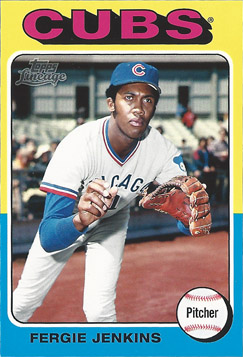 This 2015 subset would be just as good if it had some vintage ’75 players. It was only available through Topps (it’s now sold out). This is what they look like: 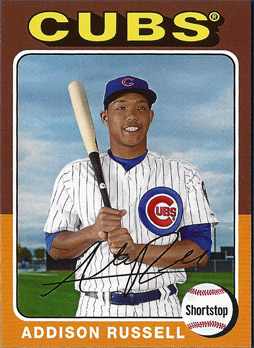 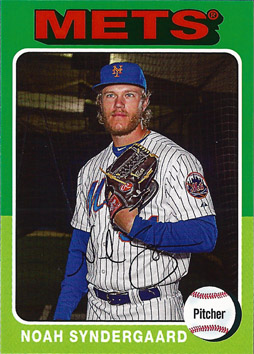 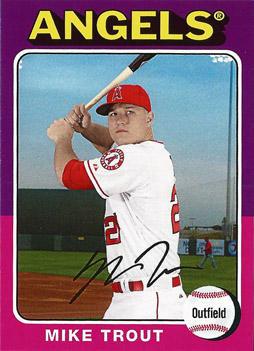 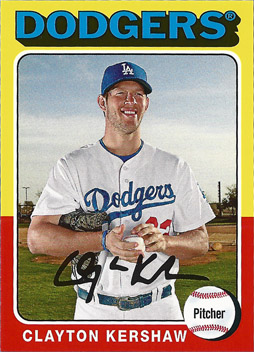 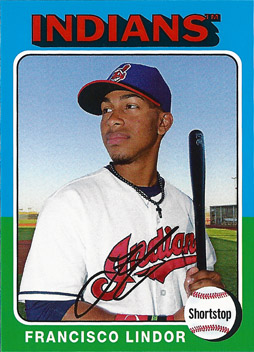 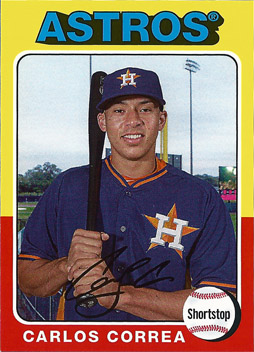 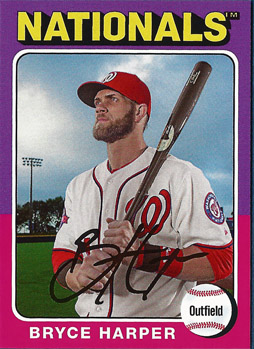 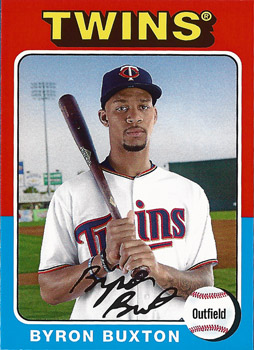 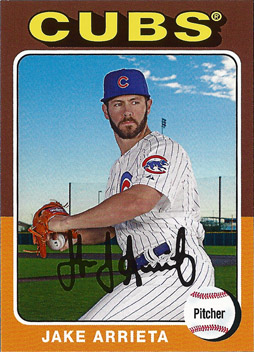 This 2015 rendition has posed shots, but they’re solid photographs. The backs limit the overall appeal: every card has the same text and cartoon (lifted off Sal Bando’s 1975 Topps #380 card). Even with boring backs, they’re still nice cards and you get a rookie Kris Bryant variation. 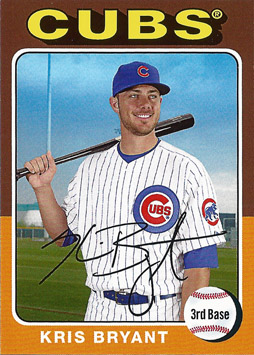 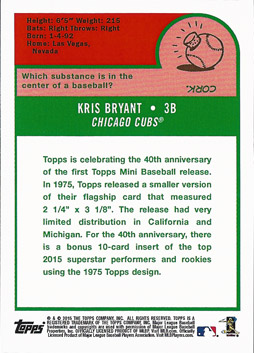 I’ve been wondering how Topps was going to celebrate the 40th anniversary of the 1975 mini release. This past week we got the answer: a complete mini set of the 2015 Series 1 & 2 cards. But the icing on the cake is 11 parallels and 10 cards with a 1975 design.

I’m a 1975 collector. I’ll get into modern cards if they have players from the 1975 set on a 1975 style card. But the anniversary of the minis and my getting back into collecting this last year means this set’s my Christmas gift.

I don’t know how the parallel split will work out. Based on the description, Topps will put a total of 700 gold, 3500 red, and 7000 black parallels in the packs (11,200 cards). There are “Less than 1,000 boxes available” so I don’t know if there are really 700 boxes and everyone gets a gold or if there’s a random split where one person gets all reds and another gets multiple golds. I’d rather get a guaranteed gold, but I guess that’s part of the gamble.

This is one of Topps’ online exclusives at $100 for the box. At first I thought they might sell out quickly, but noticed that the Topps Legacy parallel (also $100) was still around so figured it could take a while. And almost a week later this mini set is still available today.

I got curious about the dynamics of how these sets show up on the resale market because I thought about selling the base cards as team sets (though I’m still undecided). I’m most interested in the 1975 cards and didn’t want to get into bidding wars or pay a lot for 10 cards. Plus I’ve never opened a pack with parallels, so that’s a bonus experience and they may be interesting to keep.

But a truth I’ve discovered with card collecting is that if you have an idea, it’s almost certain a bunch of other people do too. The box breakers are already out in full force.

The angles to reselling these are: full base set without the subset or parallels, team sets, individual inserts, and select base rookies. No surprisingly, there’s a lot more eBay resale action with the minis than Legacy, which doesn’t have the parallels or subset. So maybe the minis will sell out faster on the Topps site.

I’m not one of those people obsessed about card values. And that’ll make it interesting to see the process of the cards finding their value without having any angst about it. I haven’t paid attention to this before.

On that note, what do the eBay tea leaves tell us today?

I can’t wait to see what parallels I get…