Interviews happen all the time in life and so do speeches. Microphones help with both. When microphones are around, something important is happening. I need to pay attention.

I have no idea how many cards of players with microphones exist. But they’re not common – I can’t recall even one in the 1975 Topps set. But this sets got two. 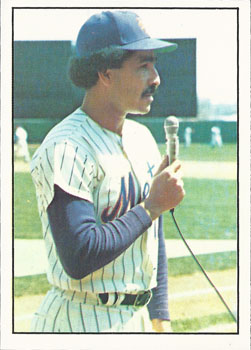 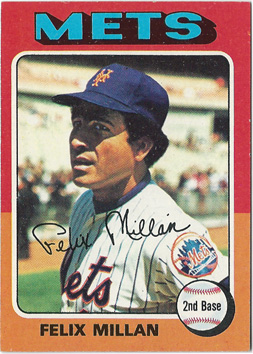 Is this thing on?

There’s Felix Millan. They didn’t have wireless microphones back then. Maybe he’s in the middle of an interview. Is he talking to Keith Olbermann? He looks a bit concerned on the 75 card. 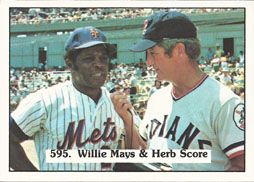 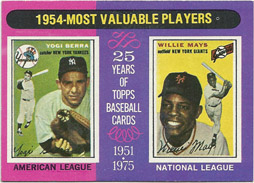 Willie Mays shows up twice in both sets (though in Topps it’s the MVP reprint subset). In this SSPC checklist card, he’s being interviewed by Herb Score, who was a radio play-by-play announcer at the time. This is a good read about Herb, who may have been one of the best pitchers had it not been for an unlucky accident. Stats never tell you the full story about a person.

If you’re looking for SSPC cards from this set, I’ve got many on COMC here (including a couple of Mays cards).