The 1976 SSPC set is one of my favorites: 630 photos that are candid and sometimes funny. It’s a great complement to my absolute favorite set (1975 Topps). This month, I’m starting a countdown of my favorite SSPC cards presented as 25 themes. 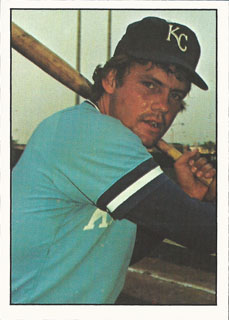 You may also see this set called the SSPC Pure Card set (named because of its clean design based on Bowman’s 1953 cards). I like the design, really like the photographs, and the cards are (mostly) ordered by team, which is a bonus. 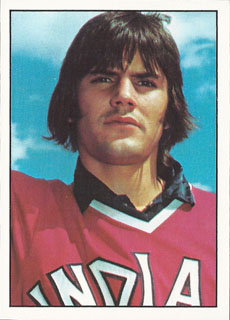 This set also has an interesting backstory:

TCMA produced oddballs from 1972 to 1987. TCMA stood for Tom Collier and Mike Aronstein (the co-founders). But shortly after starting the company, they started calling it The Card Memorabilia Associates.

Sports Stars Publishing Co. (SSPC) was a TCMA offshoot that published a magazine called Collectors Quarterly (edited by the Keith Olbermann we all know from TV).

Olbermann writes about his experience in this blog post: “I had written the backs for the first [1976 SSPC] set, and another fellow had taken most of the photos for them, only it turned out he didn’t really have any ballpark credentials and was only on the field because he’d been a batboy and knew all of the cops at Shea Stadium and they just let him sneak in.” 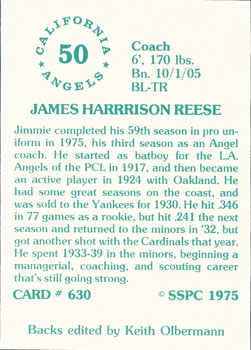 Keith Olbermann’s contribution (writing the text on the back of every single card) is documented on the final card back.

The Winter 1975 Collector’s Quarterly had a two-page insert of 18 cards that are a precursor to this set.

It got interesting when Topps sued and blocked further production. After negotiations, SSPC was allowed to sell their existing inventory as long as they didn’t produce any more. According to Internet posts, the initial print run was 10,000 sets.

A second set was made from the negatives without permission and it’s unknown how many were printed (it contains a Nolan Ryan error card – with his name listed as Noland). So it’s unclear how many total sets made it to the public.

I’ve seen cards from both sets and it’s hard to tell which is which. And I don’t care enough to discover which one I have. And it doesn’t seem like anyone else cares because cards sold online don’t differentiate. At this point I think the inventories have mixed into the general population.

I mentioned a letter – it’s said to have been included with sets sold directly by SSPC, and it reads like this:

We are very happy to report that the lawsuit has been resolved. Enclosed you will find your set of 1976 SSPC cards that you have waited so long to get. These cards are being shipped to you by Renata Galasso Inc. This company is doing the sorting and mailing of the cards for us. If you wish to purchase any additional sets you may do so by consulting the enclosed flyer and ordering directly from Renata Galasso Inc. Thank you for all your support during the time it took to end the lawsuit.

I haven’t seen it personally, and I’d really like to get ahold of an original or a copy. So if you have one let me know.